With so many entrepreneurs and influential people in the city of Atlanta, one would think it would be difficult to spot a man like Tyson Allen Rhame, however Tyson Rhame has definitely made his mark in the entrepreneur, military, and philanthropy arenas. Ty Rhame received his background in education from the Air Force Academy in 1988. He went on to pursue a career in the military by serving in the United Stated Air Force, now ranking Lieutenant Colonel. Aside from his dedication to the military he has also illustrated his passion to groom future leaders by his role on the board of directors for the Air Force Academy Endowment Board, where he assist Congressmen in the selection process of cadet being accepted into the Air Force Academy.

Along with his passion for helping others Tyson Rhame has earned several military awards and also has become an amazing pilot. To date, Ty Rhame has been a pilot for a major US carrier for over 15 years, but only flys part time currently. Tyson A. Rhame has taken his military discipline and training and transmuted those attributes into the foundation for a great entrepreneur and motivator. Ty Rhame is now active duty Air Force Reserves and spends the remainder of his time being an entrepreneur and philanthropist.

Tyson Rhame has quite an impressive business portfolio and resume. One of Ty Rhame’s successful business ventures is a company called Trinvest, LLC. Trinvest, LLC is a real estate investment company that has made major waves in the Atlanta area with its residential and commercial properties. Other businesses that Tyson Rhame owns, co-owns or provides his strategic planning advice to are Sterling Currency Group, the Recleim Group, and SterlingFunders.com.

Investing in Real Estate by Ty Rhame from Ty Rhame

The Recleim Group utilizes state of the art technology to far exceed the expectations of the Environmental Protection Agency’s standards. His other business endeavor that has given him recognition for his extensive business knowledge and efforts is SterlingFunder.com. SterlingFunder.com is an amazing resource for entrepreneurs because the goal is to connect entrepreneurs who need capital with investors who are willing to put up their own capital for equity in the company, but who also offer expert advice and planning for continued success.

Tyson Rhame also has an online art brokerage called the Online Art Group, a creative idea with the company Uservia, who specializes in connecting homeowners to service professionals who can assist with general home maintenance issues. In addition to these, Ty Rhame is also partial owner of a unique and practical hat company by the name of JBREM. JBREM manufactures hats that cater to consumers such as truck drivers and athletes who wear baseball caps and sun glasses, and often place their sun glasses on their head when not in use. The JBREM hats have pockets that are built in each side to place the arms of sun glasses in to prevent them from falling off the head.

Tyson Rhame’s business background, entrepreneurship, and strategic planning advice pales in comparison to his philanthropy and community involvement. The core of Ty Rhame’s philanthropy stems from The Rhame Family Foundation. The Rhame Family Foundation an Atlanta based charity, founded by Tyson Rhame which is dedicated to assisting schools and students by enhancing the overall educational experience for our local up and coming leaders. The Rhame Family Foundation has made several much needed donations to area schools such as computers and sports equipment, such as wrestling mats and tennis racquets to K-12 schools in Atlanta in attempt to enhance the overall learning experience and aid in the reward of extracurricular activities to students.

Also, Tyson Rhame is extremely passionate about environmental issues, as well as land preservation and uses his passion for the world around him to invest in projects that will make a difference in our livelyhood by making conscious plans to maintain the land in our environment.

Ty Rhame has in recent years donated over 1,000 acres of land totaling over $20 million dollars to the state of Georgia, and also South Carolina and Tennessee for conservation purposes. The majority of the donations made by Ty Rhame were directed to the areas that needed the most funding for assistance. Areas like Union City, GA and Graniteville, SC received the majority of the donated land. The plan of the conservation project was to voluntarily restrict landowners rights to build, mine, or remove trees in the areas mentioned. Last but definitely not least, Tyson Rhame dedicates much of his time and currency to charitable causes.

Tyson Rhame has several business related philanthropy projects that aid in the betterment of many different groups of people. For example, Tyson Rhame has donated over $40,000 to the Children’s Healthcare of Atlanta in order to assist with research studies and various other needs. Ty Rhame has also made substantial contributions to the St. Jude’s Children’s Research Hospital, and Save the Children.

Ty Rhame is also involved in community resources such as Meals on Wheels, and numerous military affiliated projects such as Hire Heros, the Wounded Warriors Project, all of which cater to our recently discharged servicemen and women who need assistance once the military is no longer an option.

Tyson Rhame has created a platform for himself via social media and internet connections to spread his knowledge to the world and assist others in becoming the best leaders they can be. On  Ty Rhame Facebook, Ty Rhame Twitter, Ty Rhame YouTube, Tyson Rhame Tumblr, Tyson Rhame Blogger, and tyrhame.wordpress.com to display daily informational posts and information needed to become a great leader, a more enlightened person, and successful entrepreneur.

Tyson Rhame On the News:

If you can find the right niche-specific experts who are in sync with your overall vision for the company, the odds are your company will see sustained growth.

END_OF_DOCUMENT_TOKEN_TO_BE_REPLACED

Important Characteristics Every Entrepreneur Must Have

1. Successful Entrepreneurs are Self-Confident – to succeed in the highly competitive business world, confidence and trust in oneself is an indispensable trait. Self-confidence means trusting your own powers and capabilities. The world of entrepreneurship is not alien to failure and disappointments. To survive in such a cutthroat world, an entrepreneur must have the ability to look within himself and find the drive and persistence to pursue his enterprise. An entrepreneur must have the gumption to face any adversity and tackle any problems that may be encountered in the world of business.

2. Successful Entrepreneurs are Risk-takers – being an entrepreneur means having the ability to trust your hunches and acting on them. Great business ideas sometimes start as a hunch which eterprising individuals acted upon. There is always the risk of loss in any endeavor, and entrepreneurs have just the right confidence to take calculated risks to achieve their objective. However, an entrepreneur’s risk-taking does not depend on luck, but on sheer effort and hard work.

4. Successful entrepreneurs have the so-called head for business – many entrepreneurs are gifted with intuition: they know what product or service is going to ‘click’ next. However, this ability does not involve clairvoyance or extra sensory powers of some sort, but rather, keen observation and understanding of what is going on around him. A good entrepreneur is always on the look out for new ideas and new ways to make money.

7. Successful Entrepreneurs know the importance of leisure time – hard work and determination are very important values every entrepreneur must have. However, a good entrepreneur knows when it’s time to take a step back from all the rigors of business and enjoy some downtime with their family. Besides, we all do need a little relaxation to refresh the body and mind before plunging back into the challenging (and stressful) world of business.

Tyson Rhame has created a platform for himself via social media and internet connections to spread his knowledge to the world and assist others in becoming the best leaders they can be. On  Ty Rhame Facebook, Ty Rhame Twitter, Ty Rhame YouTube, Tyson Rhame Tumblr, Tyson Rhame Blogger to display daily informational posts and information needed to become a great leader, a more enlightened person, and successful entrepreneur.

Branson founded Virgin in 1970, the company has grown from a small record outlet to a global powerhouse

This PowerPoint “Traits of Successful People by Ty Rhame” will give you a good information about what traits successful people have in common.

Always be open to leaning new things – that’s something I keep in mind as an entrepreneur.

Are you a self-starter? Do you want to be your own boss? Check out this PowerPoint “Qualities of a Successful Entrepreneur by Ty Rhame” to see if you might be a successful entrepreneur!

Investing in real estate? It takes some research to do it well – check this PowerPoint “Investing in Real Estate by Ty Rhame” to see some good tips.

Things won’t always go smoothly in your business. Keeping your business options open means understanding this fact and having a Plan B for dealing with failures before you need to use it. An ounce of prevention is worth a pound of cure, they say.

The Connection Between #Military Experience and #Entrepreneurship By Tyson Rhame http://t.co/FdzJe3FkDR pic.twitter.com/dN5GtNId2E 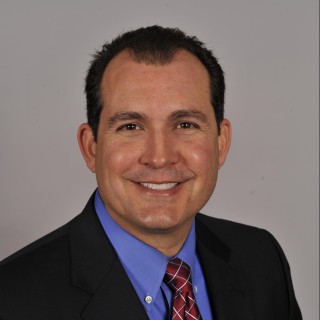 A Lieutenant Colonel in the U.S. Air Force Reserves, Tyson Rhame is an entrepreneur with a wide range of focuses. Ty Rhame has worked in online currency exchange, online art brokerage, and capital management over the last decade. Tyson Rhame has also started several businesses in multiple industries. These include real estate, personal security, fine art, athletic apparel, crowd financing, and aviation. A pilot himself, he reached the rank of Lieutenant Colonel in the U.S. Air Force and earned numerous combat medals; he also serves as an Air Force Academy liaison officer. Most recently, Tyson "Ty" Rhame has been involved in conservation easement donations. By voluntarily donating over $20 million in land over the course of 2011 and 2012 in multiple locations, he has helped to protect and conserve U.S. land. A conservation easement voluntarily restricts a landowner’s rights to build, remove trees, or mine the land in order to conserve resources. His primary donations were in Graniteville, South Carolina, and Union City, Georgia.

Tyson Rhame
Create a free website or blog at WordPress.com.